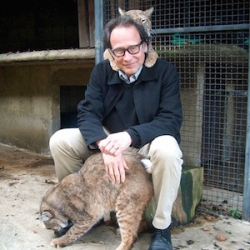 After an academic flirtation with psychology and exposure to clinical work at Napa State Hospital I was lucky enough to come under the wing of J. Desmond Clark who convinced me of the importance of Anthropology and my proclivity for scientific work in that discipline. I graduated from UC Berkeley in 1970 in Anthropology. My emphasis was artifact analysis and conservation. I studied under J.Desmond Clark at the Lowie Museum, now the Phoebe Hearst Museum, cleaning and analyzing lithics for wear patterns and pottery for residues. After graduation I was hired at the California Academy of Science as a Research Assistant to care for the Anthropology and Archaeology collections. These had been originally collected and organized by Alfred Kroeber. My work there was directed to identify materials artifacts were made from and research collections for exhibit. Cleaning and preserving the collections was also a primary task. There I had the good fortune to work first under Ernest Rook, and then Bob Schenk with guidance from F. Clark Howell. Skills I had learned from J. Desmond Clark in dealing with problems of fossil preservation were augmented by Yves Coppans whose instruction was invaluable for my future work in paleoanthropology.

As a graduate student in Anthropology at SF State a seminar with Leslie A. White led to studies in complex societies and energy use in different civilizations. Conversations with Carlo Cipolla at UC Berkeley diverted my attention to comparative studies with animal societies and an introduction to ethologist John Paul Scott. My position at the Academy of Sciences allowed me to study a wide variety of animals using the fossil, skeleton collections and the wet collections. Steve Gabow encouraged my research in Primatology originally sparked by S.L. Washburn Phyllis C. Jay at UC Berkeley.

Both before and after receiving my M.A. from SF State I continued my Museum career working at the Asian Art Museum in San Francisco, then the De Young Museum and ending at the California Palace of the Legion of Honor. My museum work was punctuated by reports of my laboratory work in various scientific journals including Nature and Radiocarbon (on the Dead Sea Scrolls), HOMO on mitochondrial DNA and human evolution, Evolutionary Anthropology (hair in humans and other mammals) Ancient Biomolecules (on the evolution of the genus Homo and the place of Neandertals in it). In 1995 I took a leave of absence from the Fine Arts Museums of San Francisco to work for the Whitney Museum of Art in New York to save the Jay De Feo masterpiece, The Rose.

Completing that project I accepted a part-time teaching job at SF State teaching Biological Anthropology. I had taught a class in "Performance in Anthropology" for several semesters at College of Marin, a class that investigated art, dance, music and healing. Since 1995 I have taught a number of classes at SF State and Biological Anthropology at City College of S.F. In 2000 Lee Davis asked me to organize a conference to bring scientists, museum professionals, Native Americans and health professionals together to address the issue of NAGPRA and pesticides on Native American artifacts. Using my background in museums I organized the talks with a brilliant group of SF State Anthropology graduate students and edited the talks with chemist Pete Palmer of SF State and Lee Davis. The talks were published in Collections Forum. I retired from the Fine Arts Museums in 1999 and completed a Ph.D. in Developmental Psychology ending a circle of study begun in the early 1960s. I continue to direct conservation work in my private laboratory and instruct graduate study in restoration and conservation science.

2010, chapter number 4, Derivatives and Debt: The Market as God and Marketing as Prosyltizing.

2008 Primitive and Modern Economics: Derivatives, Liquidity, Value, Panic and Crises, A Uniformitarian View, Published by Forum for Social Economics: How credit works in the economies of traditional (Primitive) societies and how this is really very similar to the economic behavior we see in our own contemporary society. 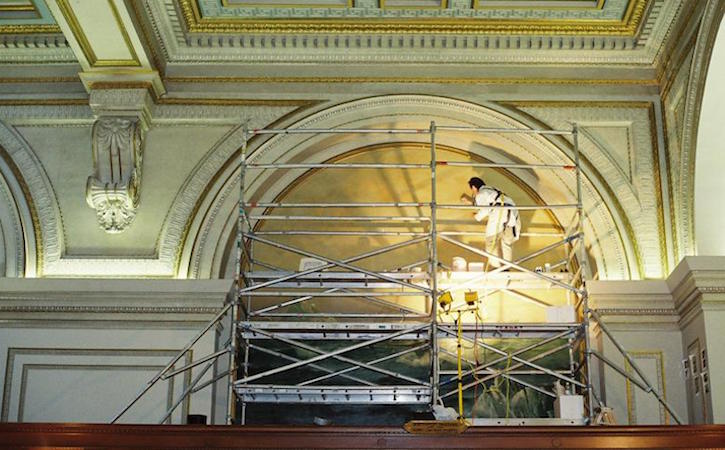