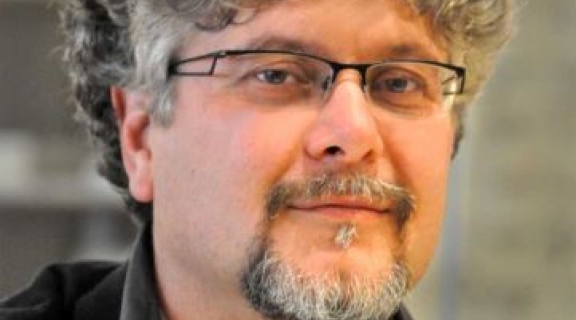 Starting from the study of the role of fragments and quotations in historical and personal narratives, Francesco Spagnolo has developed a research program and a new digital humanities course at UC Berkeley under the rubric of "Mapping Diasporas." This, in turn, evolved into a series of short documentary films (with Citizen Film, San Francisco), site-specific live presentations (with Shared Studios's "Portals"), and an exhibition (at The Magnes, UC Berkeley). The exhibition revisits the formation of "Judaica" collections in the early 20th century in light of the great refugee crisis that followed the First World War. By focusing on the twice-displaced collection of Siegfried S. Strauss, now at The Magnes, the project aims at revealing the compelling personal stories of migration and dispossession that are often embedded within museum objects, questioning the very meaning of cultural heritage in a time of fluctuating borders and identities.

Francesco Spagnolo (Ph.D. Hebrew University) is a multidisciplinary scholar who focuses on Jewish studies, music, and digital media. At the University of California, Berkeley, he is the Curator of The Magnes Collection of Jewish Art and Life and an Associate Adjunct Professor in the Department of Music.